Does the source of a news article influence a reader's impression?

Fortunately, people are free to choose between, for example, CNN and Fox News - or to watch both. Arguably, following the constructivist principle, there is no single, fully objective truth, and even the choice of which news events to report about and which not, may already be considered biased. In this study, we investigate the perceived bias on some major Dutch news outlets: are news facts interpreted differently based on where they come from?

Most media outlets have a particular reputation on their world-views, focus and bias. Even though CNN has an international edition, it is US-centered; the Guardian is known for its (moderate) left-wing stance; the Times has a more conservative stance. Earlier research suggests that users assume that this bias is always present in news articles - in extreme cases leading to the hostile media effect, the impression that media coverage - for example on wars or conflicts - is always biased against their side.

An experiment on perceived bias in the Dutch media landscape

But does this effect also hold for relatively innocent, non-controversial topics? We investigated this by taking five articles from five Dutch media outlets and randomly assigning these five articles to another outlet. For example, we pretended that an article that actually came from the moderately left-wing newspaper De Volkskrant was actually published by the conservative broadcaster WNL or the more sensationalist newspaper De Telegraaf.

We hypothesized that the user impression on bias within these articles would change in the direction of how biased they thought the media outlets were. In our pool were the following outlets:

The news stories that we selected included a possible Twitter ban in Russia, electricity grids reaching their max capacity, an arsonist who burnt a radio tower, and fear of tracking in corona-apps. All stories were relatively short and factual. 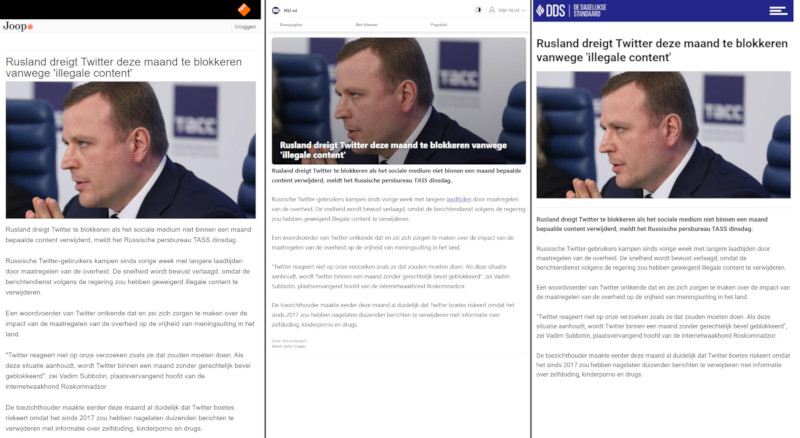 One article, different sources. The center article is the original.

Bias ratings for each topic, by source

By contrast, the differences in perceived bias did differ between the news topics. Not very surprisingly, articles about corona vaccins or tracking apps were perceived as more biased than a report of a suspicious package at a postal office. 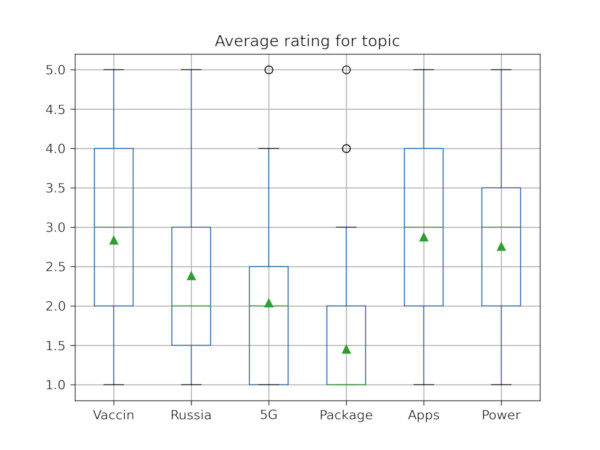 A positive interpretation of these (non-) results on perception of media bias is that our participants actually judged the article - the news content - itself and not the media source where the article appeared to come from. In other words, Dutch readers of De Volkskrant or Joop still trust articles stemming from De Telegraaf, WNL or even De Dagelijkse Standaard.

A negative interpretation of the results is that users do not really pay attention to the origin of a news article, which could explain why people would still be susceptible to polarizing news stemming from DDS, despite its reputation, as long as the story and writing style are credible enough.

At the end of the experiment, we revealed the original source of the news articles

Perhaps the truth lies somewhere in the middle: when reading a news article, users typically use a combination of credibility of the story, writing style, news source as well as layout elements to judge its bias. At least when it involves non-controversial articles in a relatively balanced and moderate media landscape, such as we have in the Netherlands. As one participant pointed out: "I made a promise to myself to only consider the content, and not the source. I even scrolled past the source of the last three articles, so I didn’t have to see it. However, I’m not sure I do this when I consume media normally."

This research blog is based on the bachelor thesis "Biased Perceptions of Media Sources" by Jesse Ravensbergen, supervised by me and successfully defended in August 2021. 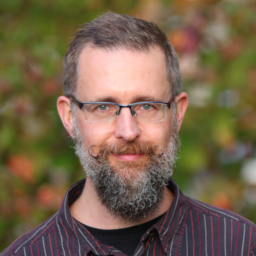